Woman Snaps At AOC Over Climate: ‘Start Eating Babies!’ ‘We Only Have A Few Months Left!’

Rep. Alexandria Ocasio-Cortez did not disagree with the woman or correct her thinking. Instead she later lashed out at conservatives saying,

“This person may have been suffering from a mental condition and it’s not okay that the right-wing is mocking her and potentially make her condition or crisis worse. Be a decent human being and knock it off.”

Funny how she corrects conservatives but not her own voters. Why doesn’t she knock off her mental condition of hating President Trump and his supporters. A woman who presumably was one of socialist Rep. Alexandria Ocasio-Cortez’s (D-NY) constituents snapped during an Ocasio-Cortez town hall event on Thursday evening over climate change, declaring that there are only “a few months left!” and that it is time to “start eating babies!”

“We are not going to be here for much longer because of the climate crisis,” the woman said as she appeared to have an accent. “We only have a few months left!”

“I love that you support the Green Deal, but it’s not getting rid of fossil fuel, it’s not going to solve the problem fast enough,” the woman continued. “A Swedish professor [said] we can eat dead people but that’s not fast enough. So I think your next campaign slogan has to be this: ‘We got to start eating babies! We don’t have enough time! There is too much CO2.”

“All of you … you are a pollutant, too much CO2, we have to start now, please, you are so great, I’m so happy that you really are supporting New Green Deal, but it’s  not enough, you know, even if we would bomb Russia, we still have too many people,” the woman continued. “Too much pollution, so we have to get rid of the babies! That’s a big problem. We need to eat the babies!”

Ocasio-Cortez’s responded to the woman by saying: “Luckily we have more than a few months. We need to hit net zero in several years”

Many critics online noted that Ocasio-Cortez did not say that society should not be killing and eating babies.

WATCH: One of Ocasio-Cortez’s constituents loses her mind over climate change during AOC’s townhall, claims we only have a few months left: “We got to start eating babies! We don’t have enough time! … We have to get rid of the babies! … We need to eat the babies!” 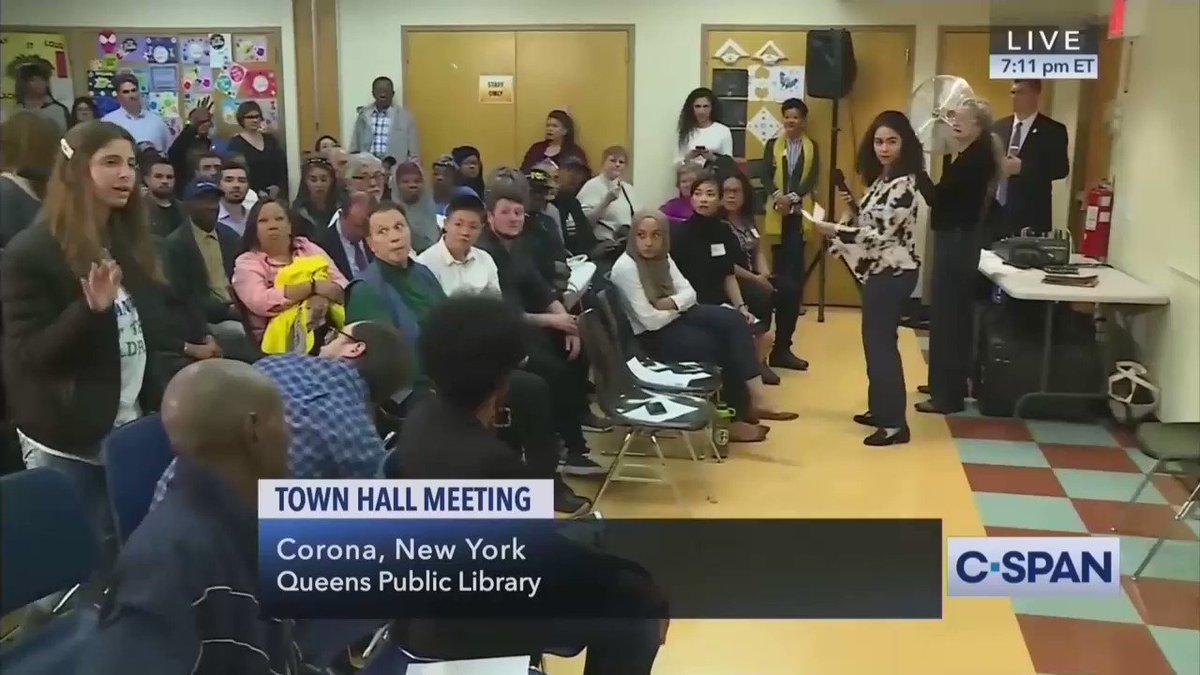 Source: Woman Snaps At AOC Over Climate: ‘Start Eating Babies!’ ‘We Only Have A Few Months Left!’