Anti-Semitism has been around since there have descendants from Shem, the eldest son of Noah (2340 B.C).  Christians believe that those who hold to this racism, have their compulsion to harm and even exterminate all the Jews, from Lucifer himself.

The Messiah was born in Bethlehem, Isreal around 4BC. The prophecies said this Jesus of Nazareth would die, be buried, and rise again defeating death and destroy the power Lucifer and his demons have on people. So if the Anti-Semites would have exterminated all Jews, Jesus Christ would have never been born. Since they did not, he was, leaving the demonic world to try to destroy everyone, especially all the Jews. 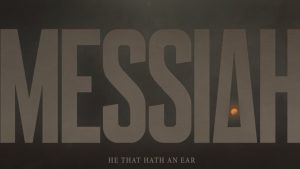 The major social media platforms are anti-Christian, anti-Israel, and anti-American. Twitter for example arbitrability decides which posts are within their standards and which ones are not.  They just put Zahra Billoo, the radical executive-director of CAIR’s San Francisco Bay Area chapter, in charge of “censorship”. So guess whose pages, with the Star of David on them, are not going to found?

In 2014, Zahra Billoo, the radical executive-director of CAIR’s San Francisco Bay Area chapter, tweeted that she “struggles with Memorial Day each year.”

“If one dies in an unjust war in which we illegally invaded and occupied a sovereign nation, should that person be honored?” – @DawudWalid

In January 2019 The Wall Street Journal reported that Zahra Billoo was directing Facebook and Twitter on censoring conservative voices.

Billoo had an exceptional hatred for Jewish conservative Laura Loomer and pushed Facebook and Twitter to delete Laura from their platform.

As Jordan Schachtel reported at Conservative Review — Zahra Billoo has numerous tweets that violate the so-called Twitter and Facebook standards for hate speech.

Twitter this week locked out users who used the Jewish Star of David in their profile image.

Twitter users found themselves locked out of their accounts after using the Star of David in their profile images.

The Star of David has been deemed “hateful imagery” by Twitter, which is locking the accounts of users who display it in their profile pictures.

The Campaign Against Antisemitism has reported that several Twitter users have contacted them in recent days to report that their accounts had been locked by the social media platform. The reason given? According to messages they received from Twitter: “We have determined that this account violated the Twitter Rules. Specifically for: Violating our rules against posting hateful imagery. You may not use hateful images or symbols in your profile image or profile header. As a result, we have locked your account.”

The images in question ranged from a white Star of David in a graffiti style, to a superimposition of the modern blue star on the flag of Israel spliced with the yellow star Jews were forced to wear by the Nazis, to a montage of yellow stars.

It is frustrating that most of the users on FB and Twitter, even if conservative, knowing of the open hostility towards President Trump, other conservatives, and Biblical Christians, remain on their platforms anyway. Just like the Germans under Hitler, those who should stand up and call out the Anti-Semite racism don’t, but instead pursue their dreams while those of Jewish descent are attacked by those looking to silence them completely. Shame on Twitter, Pray for the peace of Jerusalem.