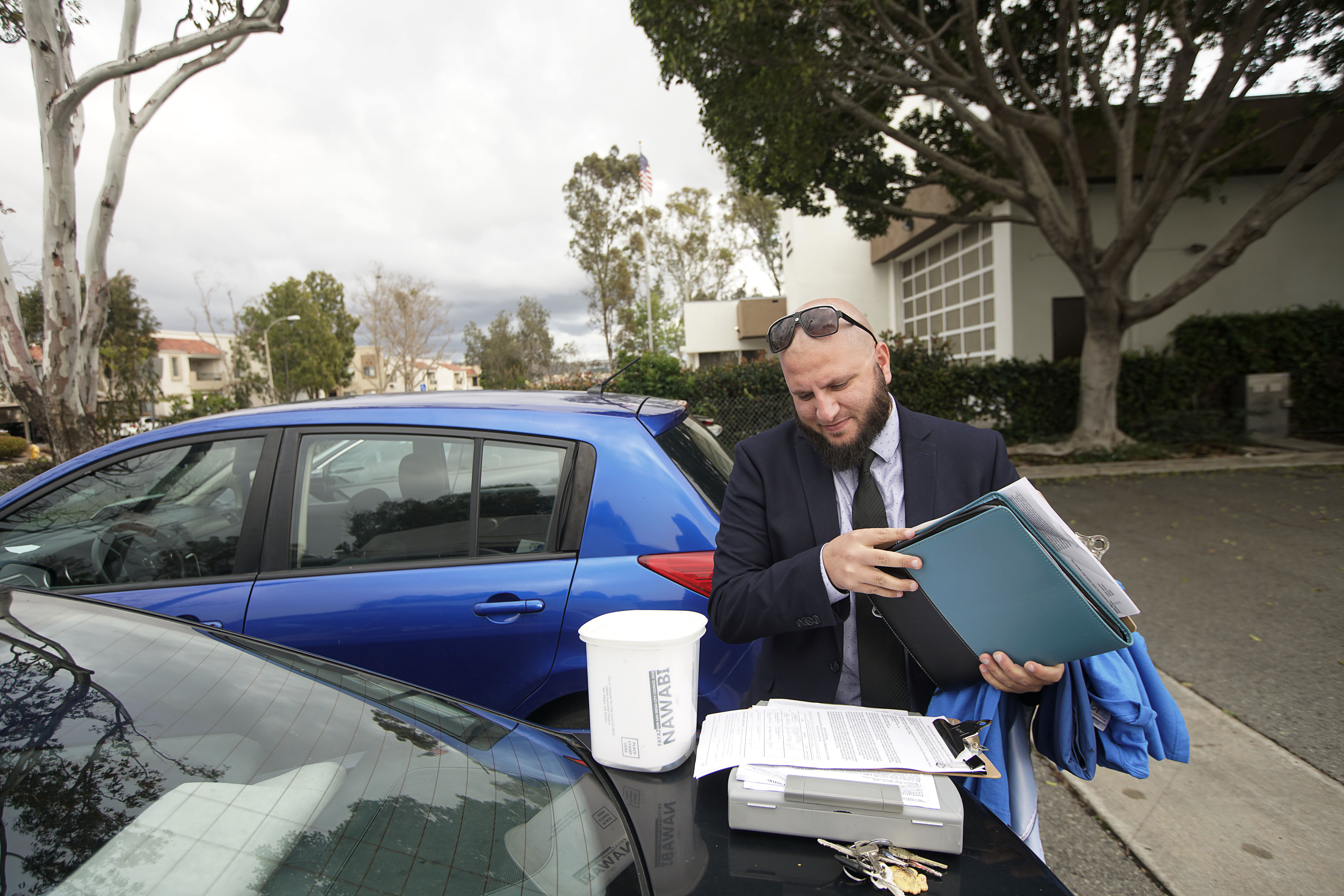 SAN DIEGO — Fayaz Nawabi has never met President Trump. But he credits the president with convincing him to run for office.

Nawabi, a 31-year-old candidate for San Diego City Council, supports almost everything that Trump opposes: He is pro-affordable housing, pro-environment, pro-immigrant and pro-refugee. That makes him part of the blue wave of new liberal candidates spurred to run by Trump’s election and policies.

But Nawabi is also part of a notable subset: the blue Muslim wave.

More than 90 American Muslims, nearly all of them Democrats, are running for public office across the country this year. Many are young and politically inexperienced, and most are long shots. But they represent a collective gamble: that voters are so disgusted by America’s least popular president on record that they’re willing to elect members of America’s least popular religious minority group.

Although their number seems small, the candidacies mark an unprecedented rise for the nation’s diverse Muslim community that typically has been underrepresented in American politics.

There are more than 3.3 million Muslims living in the United States, but Muslim Americans hold just two of the 535 seats in Congress. And the Muslim community’s voter participation pales in comparison to the general public’s. Fayaz Nawabi, a Muslim candidate running for San Diego City Council, gathers his belongings before going to a debate at the Mira Mesa Public Library in San Diego on March 3. (Sandy Huffaker/For The Washington Post)

While Clinton’s campaign never garnered broad enthusiasm from Muslim communities, Trump’s campaign — which called for the monitoring of mosques and a ban on Muslims entering the United States — delivered a jolt on election night that some American Muslims likened to the Sept. 11, 2001, attacks.

“It woke everyone up,” Nawabi said.

Now, Muslim candidates are running for a wide range of offices across the country, from local school boards to the U.S. Senate. Some are making their Muslim identity central to their campaigns.

“When you put someone in a corner and they’re in survival mode, they have a tendency to come out and speak more prominently about their beliefs,” said Nawabi, who considers himself an “unapologetic Muslim” who can quote the Koran from memory and moonlights as a “freelance imam.”

In Michigan, where 13 Muslim candidates are running for office, physician Abdul El-Sayed is hoping voters will elect him to be the first Muslim governor in the United States and has used his religion in campaign ads against Republican front-runner Bill Schuette, whom Trump has endorsed.

“Donald Trump and Steve Bannon would love to see a right-wing radical like Bill Schuette elected in Michigan,” reads a Facebook ad for El-Sayed, who faces a Democratic primary in August. “You know what would be sweet justice? If we elected a 33-year-old Muslim instead of Bill Schuette. Send a message and help elect the first Muslim governor in America.”

A new generation of leaders

A half a century ago, a small population of black Americans embraced Islam as a pathway to political empowerment and civil rights, and today their descendants are members of the U.S. military, police officers, city council members and career civil servants.

But in the immigrant community, the experience is newer. About two-thirds of American Muslims are immigrants or the children of immigrants, and activists say a cultural fear or mistrust of government can accompany those who have fled authoritarian regimes, hindering participation in the political process.

“A lot of people feel like, ‘I’m just going to make my money, put my head down,’” said Nawabi, whose family arrived in San Diego as refugees from Afghanistan when he was a toddler.

They feel political involvement “puts a target on their backs because that’s what it meant where they came from,” he said. But Trump’s policies have intensified the push for political activism in the diverse community. There was the travel ban, which sought to prohibit entry to people from several Muslim-majority countries, as well as refugees. There were Trump’s calls to monitor mosques and his appointments of Cabinet members and political advisers who have disparaged and mocked Muslims. There were the comments and tweets that cast Islam as inherently dangerous and called Muslim patriotism into question.

“But the response has been increased civic participation,” said Wa’el Alzayat, the organization’s chief executive. “I’m one of the people who, looking at the long-term impact of this, is optimistic.”

A sizable generation of American-born Muslims and Arabs are in their 20s and 30s, their school years shaped by 9/11, and their comfort and familiarity in the American political system far surpassing that of their immigrant parents.

“They’re ready,” said James Zogby, a longtime Democratic operative and president of the Arab American Institute, who has provided funding and mentorship to several candidates. “Both communities separately have reached a level of maturation.”

Nawabi, a self-described “typical millennial” and avid surfer, was never interested in politics until Sen. Bernie Sanders (Vt.) captured his attention during the 2016 presidential race. But it was the day after Trump won the election that Nawabi decided he needed to act.

That morning, he walked into the local Islamic school where he was then teaching, imagining how his students’ parents might be “trying to explain to their kids that there’s a bigot, a racist, in the White House.”

But when he got to the classroom, he realized his second-graders were already thinking about it.

“They were talking about where they were going to move now that Trump was president,” said Nawabi. “That really affected me.”

Before long, he had become an assembly district delegate for the California Democratic Party, a win he attributed to his ability to mobilize 200 Muslim voters. He gave sermons at mosques attended by mostly immigrants about the importance of seeing themselves as part of the American political system, and he launched a Muslim American Democratic Club in San Diego.

“The Republican Party has completely thrown our community under the bus,” he said.

He added his name to the ballot for city council.