The Communist People Republic Of China has been killing and imprisoning people since October 1, 1949, when Mao Zedong proclaimed the People’s Republic of China (PRC) from up to atop Tiananmen, after a near-complete victory by the Communist Party of China (CPC) in the Chinese Civil War. According to Heritage.org, up to 60 million died under the communist dictatorship and news has leaked out of millions of their poor have been subjected to working as voluntary or involuntary slaves through their land. 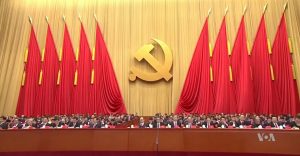 Now according to Breitbart, some of the slaves were forced to make CV-19 masks.

A report published by the New York Times (NYT) on Sunday revealed that forced labor from the Uyghur concentration camps of Xinjiang province is part of the production chain for at least 17 Chinese companies that produce medical masks and other protective equipment.

The NYT noted that, based on Chinese government agencies, there were only four companies producing medical-grade equipment in Xinjiang before the coronavirus pandemic, but there are at least 51 of them now, and 17 of them participate in a program that provides them with cheap forced labor from captive Uyghurs. 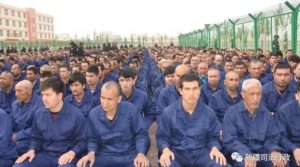 The Uyghurs are a mainly Muslim minority group living in the Xinjiang region. The Chinese government declared them a security risk several years ago and began a program of incarceration and surveillance that led to the construction of concentration camps so large they can be seen from orbit.

The Chinese Communist Party (CCP) insists these camps are “vocational training schools” and most of the inhabitants are attending voluntary programs to improve their job prospects, but human rights groups around the world maintain the Uyghurs are prisoners subjected to brutal re-education programs and forced to work in Chinese factories. The Australian Strategic Policy Institute (ASPI) published a study in March that named 83 companies, both Chinese and foreign, that are directly or indirectly benefiting from compulsive Uyghur labor programs.

Most of the masks made by the 17 companies determined by the NYT to use forced Uyghur labor are sold domestically, but some of them are evidently shipped and sold overseas.

“We traced a shipment of face masks to a medical supply company in the U.S. state of Georgia from a factory in China’s Hubei Province, where more than 100 Uighur workers had been sent. The workers are required to learn Mandarin and pledge their loyalty to China at weekly flag-raising ceremonies,” the NYT reported. 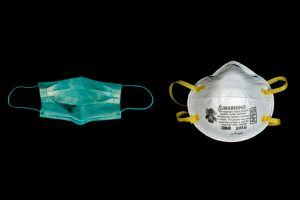 The NYT disputed claims by Chinese officials that the Uyghurs are voluntarily learning useful skills and agreeing to work for Chinese companies, noting that “quotas on the number of workers put in the labor program and the penalties faced by those who refuse to cooperate” make the program coercive.

Next time you go to buy your “masks” make sure they have not been made in China. The last thing you want to do while living under tyranny in the US, wearing a mask even though healthy, is to help fund the evil businesses using slave labor to make them.