Our nation had settled into an understanding of how our President “should” act and communicate while serving as Commander In Chief. 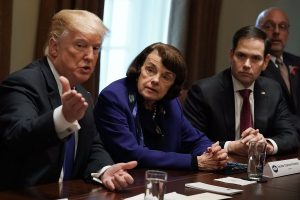 Yes, there have been different types of personalities and some more communitive than others, but the communications from our commander In Chief has come through the “appropriate channels”. Of these, The White House Press Secretary, news correspondents, and rehearsed speeches have been the most common outlets.

Things all changed with President Trump’s victory in 2016 and the left has never caught up.

They do not how to control this unorthodox, conservative, and already successful businessman especially with his intentional distracting use of Twitter.

All it takes to upend the liberal news cycle is a tweet, a 280 character thought, with the option to add an image or video.

Through his tweets, America can see his full personality with posts showing humor, patriotism, anger, and sometimes comments used to control the narrative and rile up his detractors.

Today he took back control of the mail-in voting fraud issue. He knows he doesn’t have the authority to delay a general election, as the Constitution gives Congress the power to set the date for elections. But this is about him controlling the narrative, and it’s working.

The date of the presidential election — the Tuesday after the first Monday in November in every fourth year — is enshrined in federal law and would require an act of Congress to change, including agreement from the Democratic-controlled House of Representatives. The Constitution makes no provisions for a delay in the end of Trump’s term — noon on Jan. 20, 2021.

According to Fox News

The president’s tweet comes 96 days before the Nov. 3 election, and with early voting in some states starting in just two months. It also comes as the coronavirus pandemic continues unabated, with new cases of the virus spiking in many states. Trump’s suggestion coincided too with the federal government reporting on Thursday the worst economic contraction in the nation’s history, as the pandemic has flattened much of the economy and attempted moves by states to revive their economies have been hampered by a surge in new coronavirus cases.

With the number of reactions from the never Trumpers and those struggling with Trump Derangement Syndrome (TDS), it appears the tweet was successful in its mission. 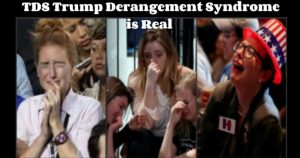 He took back control of the issue and riled them up. He was able to throw off the media’s news schedule for today and energize his base with a single tweet.

Reasonable people know the President would never request a delay, but the idea of it is disabling and fodder for those who function under their hatred for him.

The left has been using the idea of President Trump not leaving office “after losing” or just delaying it using an emergency for justification.

Democratic challenger Joe Biden has repeatedly warned that the president may try to delay the general election.

“Mark my words, I think he is going to try to kick back the election somehow, come up with some rationale why it can’t be held,” the former vice president said in April.

And look at Bernie, he had to jump at the whistle today and scream his leftist’s diatribe through a tweet.

No, Mr. President. We're not delaying the election. The American people are sick and tired of your authoritarianism, your lies, your racism. On November 3, 2020 democracy will prevail and your disastrous presidency will end. Bye-bye. https://t.co/wmBYriSxGs

What does this all mean?

President Trump alerted the American electorate that voter fraud will take place if Universal Mail-In Voting is adopted. The left confirmed they hate him and all the news networks have something to talk about today, in between the live coverage of John Lewis’s eulogy.