A seventh-grade teacher in Olathe, Kansas, posted that she was excited that she was able to add two explicit books to her classroom library for eleven and twelve-year-olds. I have no idea that would excite her unless it makes it easier to groom kids for pedophilic acts.

The book titles are “All Boys Aren’t Blue” and “Aristotle and Dante Discover the Secrets of the Universe. These books describe sex acts in detail.

The parents are not happy about it. Becky Grubaugh, Olathe Public School communication and media manager said:

“Early last week the district was made aware of an inappropriate book for the middle school level that was gifted to one of our middle school teachers by a patron. This book is not a part of the district’s approved core reading list for all students and the district has requested that the individual remove it from their optional classroom library.” 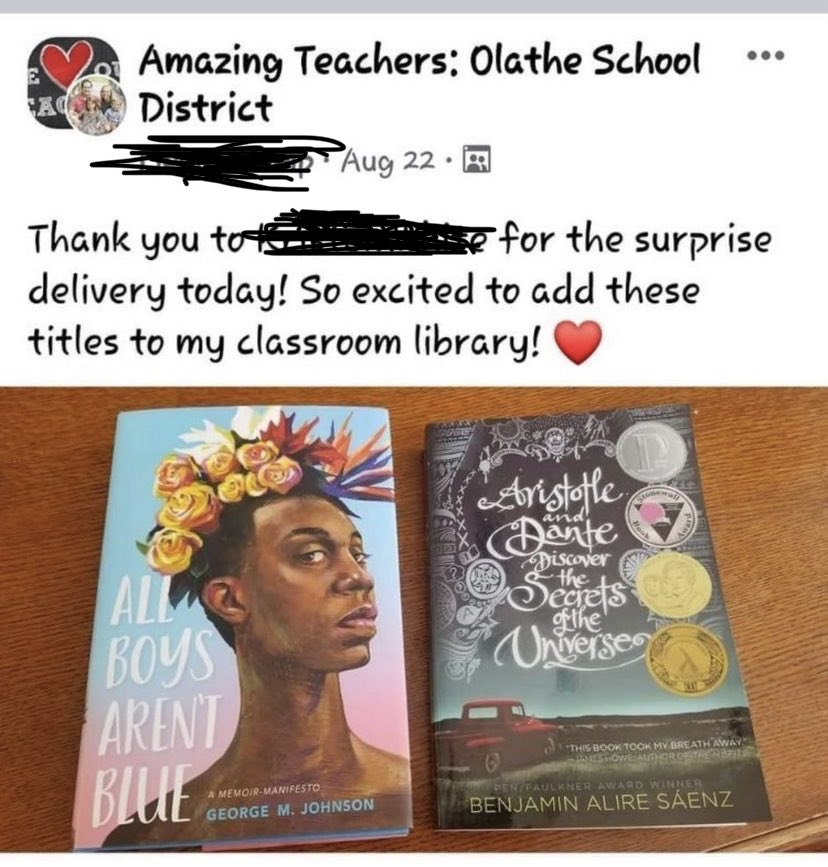 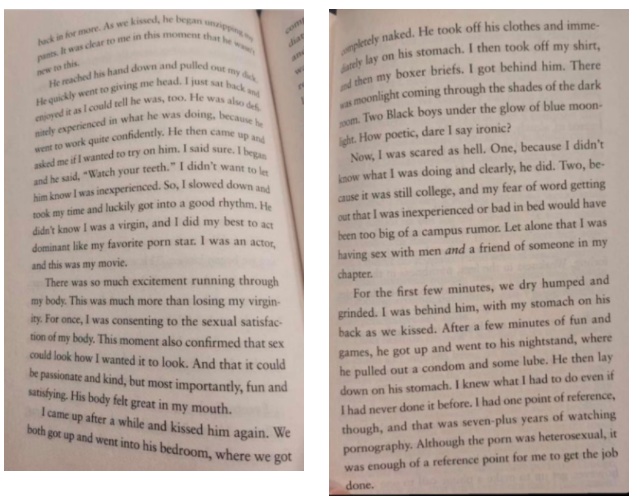 One parent who is running for the school board suggested that a team of parents be selected to act as a parents’ curriculum advisory team. The parent said when she inquired about the book, the school board told her the district said to “please see the book has numerous awards and they are listed.”