November 3rd is drawing close and in between dealing with the ramifications of the “Virus”, and the heavy push from the left for “Social justice”, I thought would be a good time to go over why Christians should feel comfortable about voting for (again) President Donald J. Trump.

Unlike 2016, in which many Christians, including myself, had reservations about how then-candidate, Donald J. Trump would govern. He was not known as a practicing Christian during the decades of multiple marriages, business highs, and lows, and comments about others that made the Christians looking to support him cringe.

Here are some of the promises he made during the 2016 campaign and results. 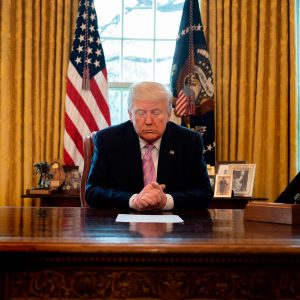 God, Jesus, and prayer are again spoken and present in the public square and Oval Office.

President Trump has been a huge supporter of Israel, took out ISIS, calmed down North Korea, took on China, prevented abortion funding in foreign countries, and much more.

I will be voting for President Trump for the reasons I just listed but also to prevent his Godless contender, former VP Joe Biden, who would take us back to where we were under Barak Obama. And over time, even farther away from Christian principles in our education systems, by appointing pro-abortion justices and destroying the nuclear family unit.

Here are a few other lists from Christian men I follow: 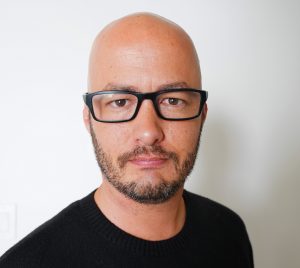 1. You’re not voting for Donald Trump; you’re voting for the Trump Administration.
2. You’re not voting simply for a person; you’re voting for an agenda.
3. Policy outweighs character because policy outlasts character.
4. If for no other reason than abortion, vote for Donald Trump.
An overturn to Roe v. Wade is currently brewing in the lower Federal courts. The plethora of “heartbeat bills” states passed in 2019 are all being challenged, and these bills specifically address the Roe issue. 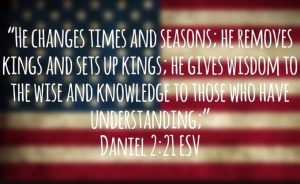 Please pray, learn, and vote for God’s glory to be elevated, for Americans to be free and for America to repent, seek His face, and watch God heal our land.