The Bill Of Rights to our US Constitution is cherished by all Americans who love liberty, regardless of their political party affiliation.

These first 10 amendments to the Constitution make up the Bill of Rights. James Madison wrote the amendments, which list specific prohibitions on governmental power, in response to calls from several states for greater constitutional protection for individual liberties.

The House approved 17 amendments. Of these, the Senate approved 12, which were sent to the states for approval in August 1789. Ten amendments were approved (or ratified). Virginia’s legislature was the final state legislature to ratify the amendments, approving them on December 15, 1791. 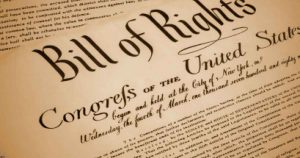 Fast-forward to the 21st century, and all of the Bill Of Rights are under attack.

Last month, Amazon banned Killing Free Speech: Part 1, the first part of a documentary about censorship.  Amazon has now censored part two as well, which focuses specifically on Big Tech censorship, but the Democratic Party has joined in the censorship party by what can only be described as an act of Orwellian fiat. 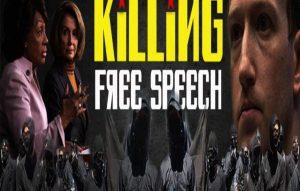 After successfully holding a private screening for border patrol agents, Hansen attempted to arrange a screening of the documentary on Capitol Hill via the office of Rep. Louie Gohmert (R-TX), but was told that any such screening would surely be blocked by the Speaker’s office, which controls theaters on Capitol Hill. Michael Hansen then proceeded to contact his local representative, Rep. Bill Pascrell (D-NJ).

The question on everyone’s mind is, what did DC tell  Rep. Bill Pascrell about the screening?

After receiving a commitment from staffers at the office of his local representative, Rep. Bill Pascrell (D-NJ), Hansen was subsequently ghosted by the Democrat congressman’s office and never provided an explanation to why Michael Hansen’s movie can not be screened on Capitol Hill. We are left to ask, why is the Democratic Party preventing members of Congress from organizing a screening about censorship on Capitol Hill?

So there you have it, the Left does not even require Brownshirts or thought police, they can censor and silence dissent through an act of omission because they believe, correctly, that the MSM won’t cover it and the majority of the country is too asleep or partisan to care about the shredding of the Bill of Rights.

This sort of behavior from Amazon, which was founded and is run by Jeff Bezos, who also owns the far-left Washington Post, is bad enough, but the Congressional Democrats are our employees, our highly overpaid employees.  Never mind the oath they took to defend and uphold the Constitution which they clearly ignored, this latest act of censorship is an egregious and downright insulting act that would be more at home in a Chinese Politburo.

It is time for We The People to fight for our RIGHTS! We can see what the left is doing with President Trump and AG Barr in the way, what happens if it is Joe Biden and a liberal AG starting in 2021! This is serious and I hope enough American’s wake up and get to the polls on November 3rd, for Freedom’s Sake!