The Democrats and their liars for hire in the press have tried to paint Ashli Babbitt as “violent,” a “rioter,” or an “insurrectionist” who was trying to get into the Speaker’s lobby but photographic and video evidence tell a completely different story. She, in fact, tried to prevent the vandalism in the lobby and at one point placed herself between a vandal and the police as she shouted for them to stop damaging the building.

Video shot by John Sullivan, also known as Jayden X, shows that Babbitt tried to stop the violence to the Speaker’s Lobby. Now, remember, the Capitol Police has had this video for about a year and they still insisted Michael Byrd acted correctly. She started jumping up and down as she was worried about the violence taking place.

Tayler Hansen, an independent journalist who was feet away from Babbitt when she was shot:

“The reality of it is, Ashli wasn’t a violent person. She was a good person, but they’ve demonized her to become this domestic terrorist that she never has been.”

“She served her country for 14 years. That’s just insane to me that they can actually get away with pushing this narrative. They’ve done that by suppressing firsthand witnesses like me.”

Hansen said that they were not familiar with the layout of the building and that he just followed Babbitt, who became trapped in the hallway. Babbitt was seen chatting and laughing with three officers from the U.S. Capitol Police and the Metropolitan Police Department. 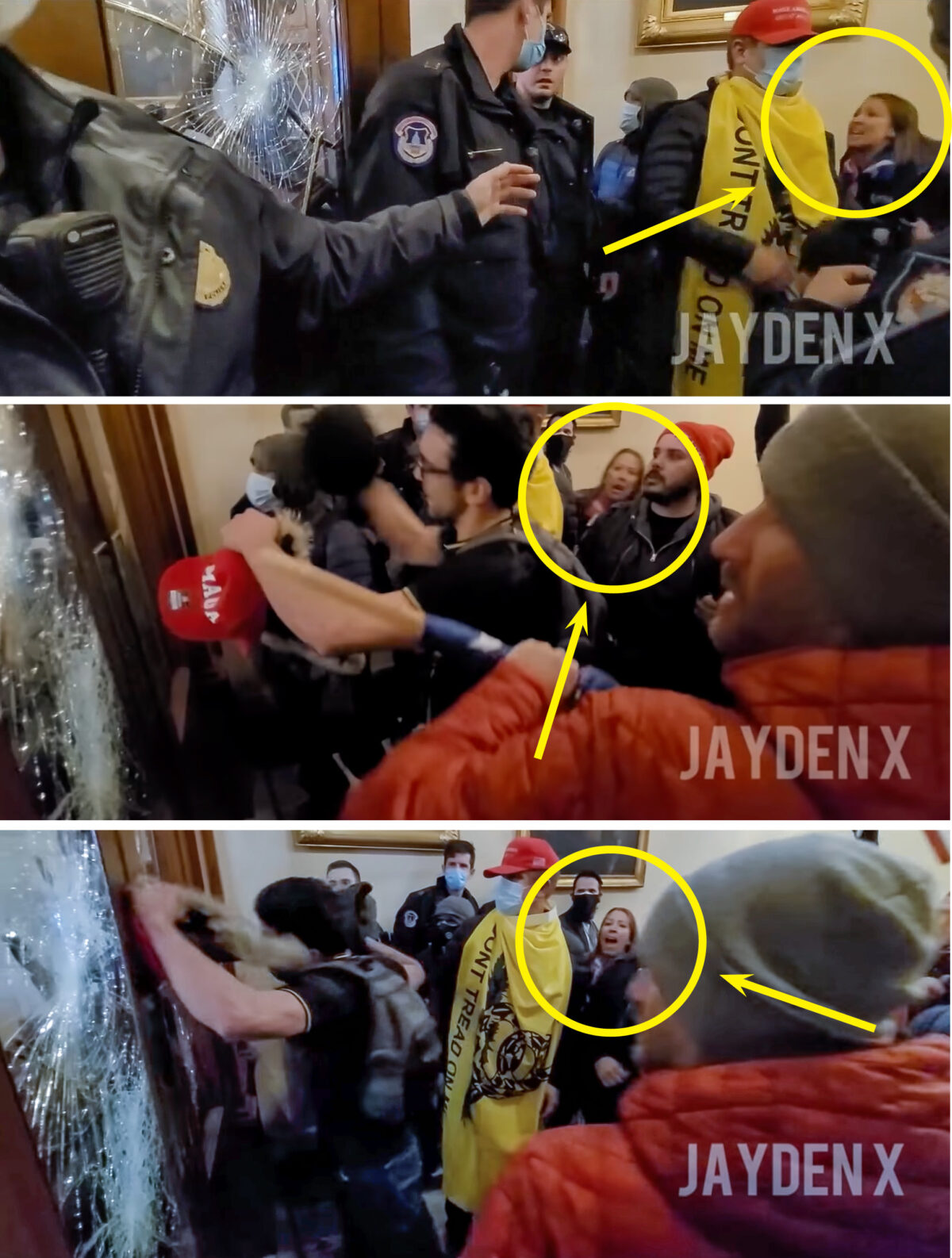 “About five minutes prior to her getting shot and killed, all of those officers, Officer Yetter and the other officers in the hall, the MPD cops, were all joking with her and laughing with her. They were having conversations and joking and laughing. Then not even five minutes later, Michael Byrd comes and executes her.”

“After repeatedly forcing myself to watch the murder of my wife, I have come to my own conclusion that Ashli came to a point of realization that she was in very bad situation and the police weren’t acting appropriately to what she was witnessing.”

“I know my wife very well. She’s not destructive. She was not there to hurt anybody.”

Babbitt’s husband said that it became obvious that Ashli was scared and that she tried to get away from the violence. Byrd fired and killed her while she was only partway through the window.

“The only way we’d ever know why Ashli felt the window was the only way out is if she had been detained by one of the countless police officers that abandoned their post in front of those doors. That did not happen. She was murdered and robbed of the chance to tell her side of the story.”

Sullivan was the first to notice Byrd’s service pistol aimed at the window. He and Hansen both shouted warnings. “I began yelling, ‘Hey, there’s a gun! He’s got a gun!” Hansen said. “But nobody could hear us. I could barely hear John Sullivan and I was right next to him, because people were screaming and windows were breaking.” 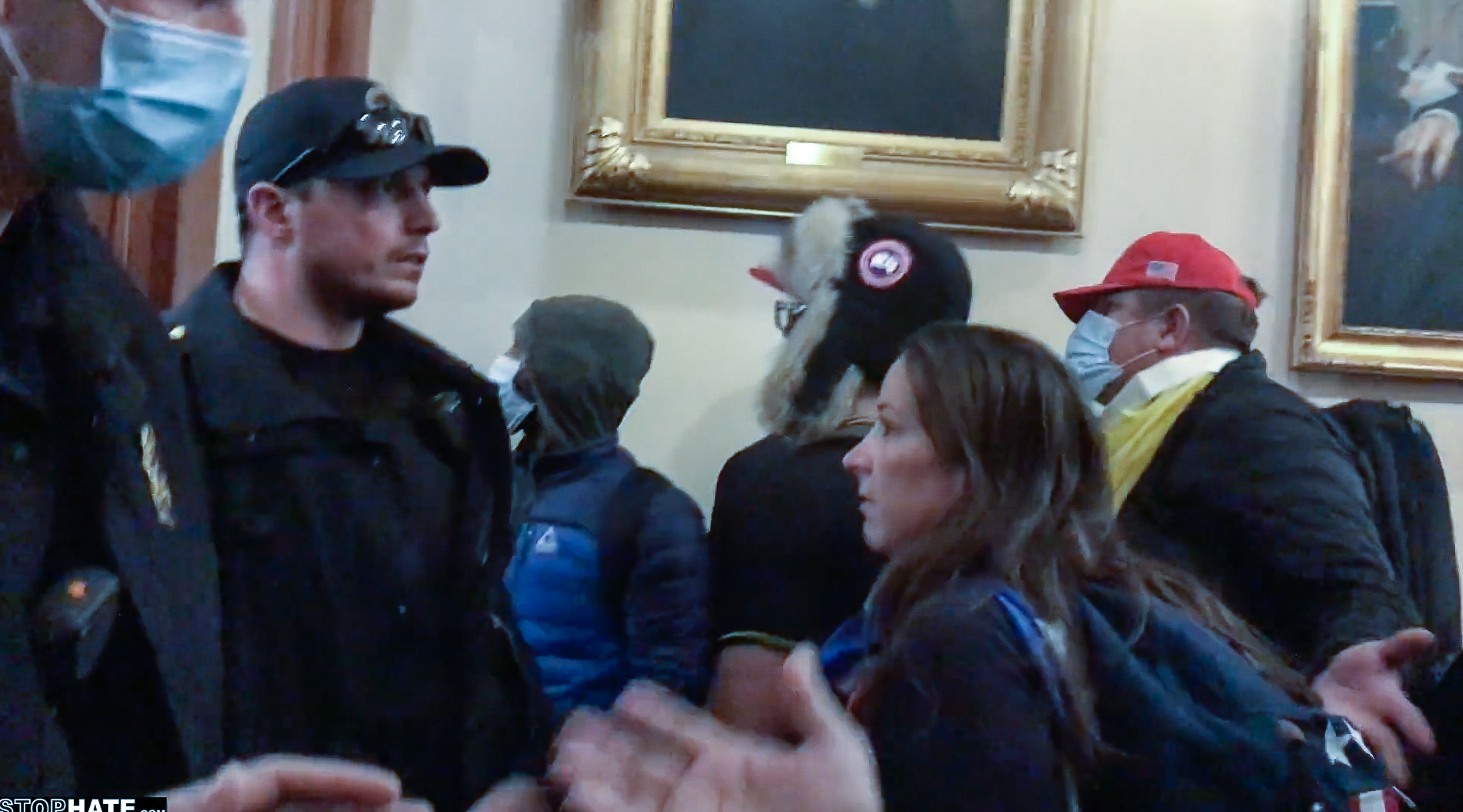 Babbitt said the situation shows how two people can look at the same video and reach completely different conclusions.

“It all comes down to which mental angle a person views it from. If they hate Ashli because they believe the lies, that’s all they see: her being part of a mob,” Aaron Babbitt said. “Us who love her, know her, know every action and emotion she was displaying — she realized a minute before her death she was not in a friendly situation and something very wrong was occurring.”

Especially when you want to see it differently.