There is a big difference between traditional Americans who are worshiping, working, and enjoying the freedoms our country offers and those who want to tear down our nation and replace it with Marxism.

In spite of President Trump’s tireless efforts to MAGA, even he is tiptoeing around issues, like immigration, that might be like the snake that promised to never bite you. Mr. Trump announced last week an upcoming immigration measure will include a pathway to citizenship for DACA recipients. 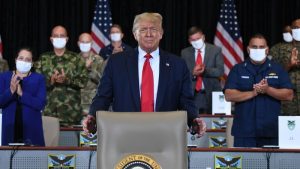 With the C-Virus Shutting down America, our US border saw a huge drop in crossing this year.

BUT once the illegal aliens told their family members over the border, how to get free care for their CV-19 infections, the numbers are going back up, draining the resources of the US Hospitals forced to take them.

The massive drop of illegal immigration’s strain on American hospitals is a direct result of the Centers for Disease Control and Prevention’s (CDC) Title 42 order that allows federal immigration officials to deport border crossers within hours after their arrival. 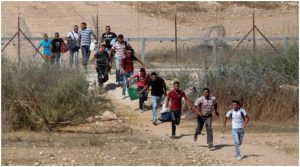 In the first two months of Title 42, though, the daily average was even less — with about four border crossers being taken to American hospitals every day. Since June 1, that daily average has experienced a 114 percent increase.

Illegal immigration at the U.S.-Mexico border increased by 41 percent from May to June, the latest federal data finds. In June, alone, about 30,300 border crossers were apprehended at the border. DHS officials have previously said that only about half of all border crossers are apprehended while the other half successfully illegally enters the country, undetected. 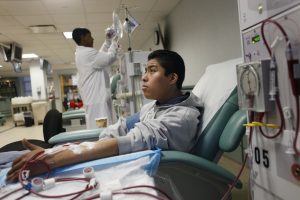 Try to imagine the additional 45,000 plus illegals aliens who recently entered our country. Of those only 30,300 were caught and processed.

337 of them are running HUGE medical bills that the hospitals will have to write off. To compensate, they will charge tax-paying US citizens more.

November 3rd, 2020, is our line in the sand. If We The People don’t take back the House, Governorships, win District Attorney races, and other city seats, these fully funded, angry and organized mobs will continue to tear down statues, defund the police and pass massive gun restrictions, regardless of the Constitutionality of their actions.

Fight For Liberty My Fellow Patriots!