You don’t have to look too hard to see why Western nations are declining. Easy answer, over self-confidence in their own piety. For 2,000 plus years, Christian churches have influenced cultures around the world. From daily to weekly gatherings the followers of Jesus Christ sing, pray and read the Bible in acts of worship for their King.

One of the main tenants of faith is the doctrine of Total Depravity.  “A state of corruption due to original sin held in Calvinism to infect every part of man’s nature and to make the natural man unable to know or obey God.” WE ARE NOT SINNERS BECAUSE WE SIN. WE SIN BECAUSE WE ARE SINNERS. —R.C. SPROUL 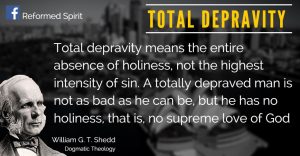 This doctrine has kept believers in the reality that they are not capable of being righteous before God, and thus should keep their eye focused on the one who took their sins, allowing them to walk freely in God’s grace.

For by grace you have been saved through faith; and that not of yourselves, it is the gift of God; not as a result of works, so that no one may boast. For we are His workmanship, created in Christ Jesus for good works, which God prepared beforehand so that we would walk in them. (Ephesians 2:8-10)

As wealth and standard of living has increased in many nations, and moral relativism has crept in via social media,  a larger percentage of the population are putting their security and self-righteousness in their own hands, no longer “needing God” to be moral. 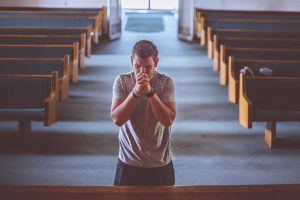 Global Survey Finds 51% Think They Can Be Good Without God, Especially Those in Wealthier Nations

WASHINGTON — A global survey conducted by the Washington-based Pew Research Center finds that 51% of participants believe that one can be good without God. The research also suggests that those in wealthier and more “educated” nations are more apt to think they are fine without the Divine.

“What is the connection between belief in God and morality? And how important are God and prayer in people’s lives? Pew Research Center posed these questions to 38,426 people in 34 countries in 2019,” the outlet announced on Monday.

Across the six continents, 45% agreed with the statement, “Belief in God is necessary to be moral and have good values.” 51% disagreed.

The Pew Research Center highlighted the outcomes in Europe, which had notably low outcomes.

Percentages varied from country to country, with Greece topping out at 53% correlating God to good morals and Bulgaria close behind at 50%, and only 9% of Swedes, 14% of Chezchs, and 15% of Frenchmen agreeing that belief in God is necessary to be moral.

However, it wasn’t only Europe that gave cause for concern. Only 26% agreed with the statement of those polled in Canada, and 44% agreed in America. 39% of those in Japan concurred while only 19% of Australian respondents agreed that one must believe in God to be good.

John The Baptist, after baptizing Jesus, the Messiah, told his followers, He (Jesus) must increase and I must decrease. This must be the mindset of all true Christ-followers too. Jesus said as he is lifted up he will draw all men unto himself. When a man lifts himself, you end up in Sodom and Gomorrah. When Crist is lifted up you see revival.

Pray for repentance to take place in the hearts of those who have put their hope in their own works, they will fail them in the end.