If you want to freak out the deep state, take away some control.

For months now the Trump administration has working to re-open the economy but have been hindered by the widely inconsistent reports and modeling from the CDC. As expected, the number of CV-19 cases have gone up with the huge increase in testing, but the mortality rate has stayed similar to the annual flu season. Even with all this said, the CDC has been used, by progressive states, to go backward in the opening of their states. To help standardize the information more transparently the Trump administration made a major announcement.

The Trump administration announced new guidelines on Wednesday. Starting today hospitals will be ordered to bypass the CDC and send ALL COVID-19 patient information to a central database in Washington DC. 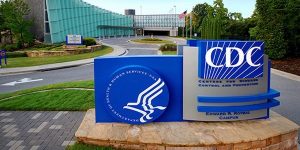 This comes after TGP’s Tuesday report on the likely fraudulent numbers coming from the CDC.

The CDC is just the latest government entity that has become politicized by the American left.

The Trump administration has ordered hospitals to bypass CDC and send all COVID-19 patient information to a central database in Washington beginning on Wednesday. In its new guidance, HHS said that going forward, hospitals should report detailed information on a daily basis directly to the new centralized system, which is managed by TeleTracking, a health data firm with headquarters in Pittsburgh. 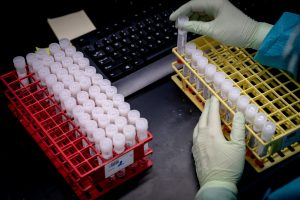 However, if hospitals were already reporting such information to their states, they could continue to do so if they received a written release saying the state would handle reporting. Officials say the change will streamline data gathering and assist the White House coronavirus task force in allocating scarce supplies like remdesivir, the first drug shown to be effective against the virus.

Both the CDC network and the TeleTracking system set up by HHS rely on so-called push data, meaning hospital employees must manually enter data, rather than the government tapping into an electronic system to obtain the information. Public health experts have long expressed concerns that the Trump administration is politicizing science and undermining its health experts.

A majority of the reporting on this announcement is on the fringe of hyper conspiracy. Is goes like this, is the Trump administration is going to hide the real data from the American citizens, for political purposes. “Experts” now say that this could lead to a huge outbreak of cases and spike in the number of deaths this fall.

I for one am very pleased with the administration’s decision, and as with most of theirs, seems to keep them one step in ahead of the progressives, every time.