Charles Barkley: Politicians Want Money and Power So They ‘Make Us Not Like Each Other’ To Divide and Conquer

During CBS’s coverage of Saturday’s March Madness games, Barkey said, “Man, I think most white people and black people are great people.” He added, “I really believe that in my heart.” There are few people in the black community who speak their minds about cultural issues affecting their race, but in return get ostracized, even it true.

Retired NBA star, Charles Barkley is one of them. His views are all over the political and cultural spectrum. This time what he just said is needed in 2020. Last week, Barkley warned that sports leagues trying to be woke are “turning into a circus, instead of trying to do some good stuff.” 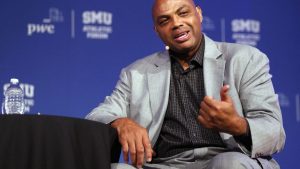 Barkley made the comments on Friday’s episode of his podcast “The Steam Room,” which he co-hosts with fellow NBA analyst Ernie Johnson.

“We can’t allow Black people to be prejudiced also, especially if we’re asking for white folks to respect us, give us economic opportunity and things like that,” the legendary basketball player said. “If you want respect, you got to give respect.”

“Especially at a time when you’re asking people to respect Black people, that black lives matter, this whole George Floyd thing has opened up a great dialogue to some of the problems in the black community,” Barkley pointed out. “I don’t want to alienate anybody, and to take shots at the Jewish, the white race, I just don’t like it, cause it’s not right.”

Barkley said that he could never say the hateful things that Cannon, Stephen Jackson, DeSean Jackson, or Ice Cube are accused of saying. 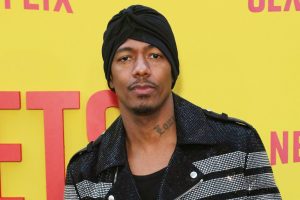 “Recent incidents of anti-Semitic tweets and posts from sports and entertainment celebrities are a very troubling omen for the future of the Black Lives Matter movement, but so too is the shocking lack of massive indignation,” Abdul-Jabbar wrote. “Given the New Woke-fulness in Hollywood and the sports world, we expected more passionate public outrage. What we got was a shrug of meh-rage.”

“These famous, outspoken people share the same scapegoat logic as all oppressive groups from Nazis to the KKK [Ku Klux Klan]: all our troubles are because of bad-apple groups that worship wrong, have the wrong complexion, come from the wrong country, are the wrong gender or love the wrong gender,” Abdul-Jabbar added. “It’s so disheartening to see people from groups that have been violently marginalized do the same thing to others without realizing that perpetuating this kind of bad logic is what perpetuates racism.”

Shame on the Hollywood Reporter who obviously gave my brother Kareem 30 pieces of silver to cut us down without even a phone call. https://t.co/XRXPu0NRBW

Last month, The Daily Beast wrote an article about the rapper, whose given name is O’Shea Jackson, titled “Ice Cube’s Long, Disturbing History of Anti-Semitism.”

ViacomCBS terminated Cannon after his anti-Semitic remarks resurfaced in a YouTube video where he presented conspiracy theories and defended Nation of Islam leader Louis Farrakhan. Cannon blamed “systemic racism” for his firing. Cannon eventually issued an apology after having a meeting with his employer Fox Broadcasting Company. Following the controversy, Cannon’s new talk show has been delayed at least a year.

Stephen Jackson, who has been a prominent figure in the Black Lives Matter movement, was lambasted for defending DeSean Jackson and promoting Jewish stereotypes.

As BLM leaders motivate millions of people to chant “f**k the police” and “the only good cop is a dead cop”, some activists are calling for the show Paw Patrol to be canceled because it portrays cops as “good cops”.

In a solidarity move, the television show put out a statement on its official Twitter account supporting the ongoing protests fighting the myth of systemic racism. But the hateful Leftist Twitter trolls were quick to respond by condemning the children’s show for having the gall to portray one of its characters as a morally upstanding police dog.

In solidarity of #amplifymelanatedvoices we will be muting our content until June 7th to give access for Black voices to be heard so we can continue to listen and further our learning. #amplifyblackvoices pic.twitter.com/NO2KeQjpHM

One user tweeted, “You’ve already brainwashed a bunch of kids into thinking law enforcement is a noble and just profession. better to scrap production forever if you want to make lasting change.”

you’ve already brainwashed a bunch of kids into thinking law enforcement is a noble and just profession. better to scrap production forever if you want to make lasting change

Black Lives Matter tweeted that “not posting for a day” isn’t activism. Although the show didn’t claim it was an activist. It was simply a gesture made with good intentions.

The statistics prove that more cops are good than bad. But the BLM movement, extreme leftist, and liberal media are trying to convince America that most cops are bad.

On Tuesday Charles Barkley was asked by CNN what his thoughts were on defunding the police.

“We need the cops, most of the cops do a fantastic job, but instead of defunding and all this other stuff, let’s just do police reform. Everybody should be on board for that whether you’re a Democrat, Republican, conservative or liberal,” Barkley said Tuesday on CNN.

Barkley called Floyd’s killing a “disgrace” that should concern everyone in America regardless of race.

Source: NYT Writer Claims ‘Good Cops’ on Television Cover Up ‘The Violence of a System’